Depending on coffee production, countries, like Brazil and Vietnam accounts for the highest production of coffee, in terms of volume, owing to suitable coffee growing conditions. With the production of 3.6 billion metric tons of green coffee, Brazil is the largest producer globally, followed by Vietnam, Colombia, Indonesia, and Ethiopia. 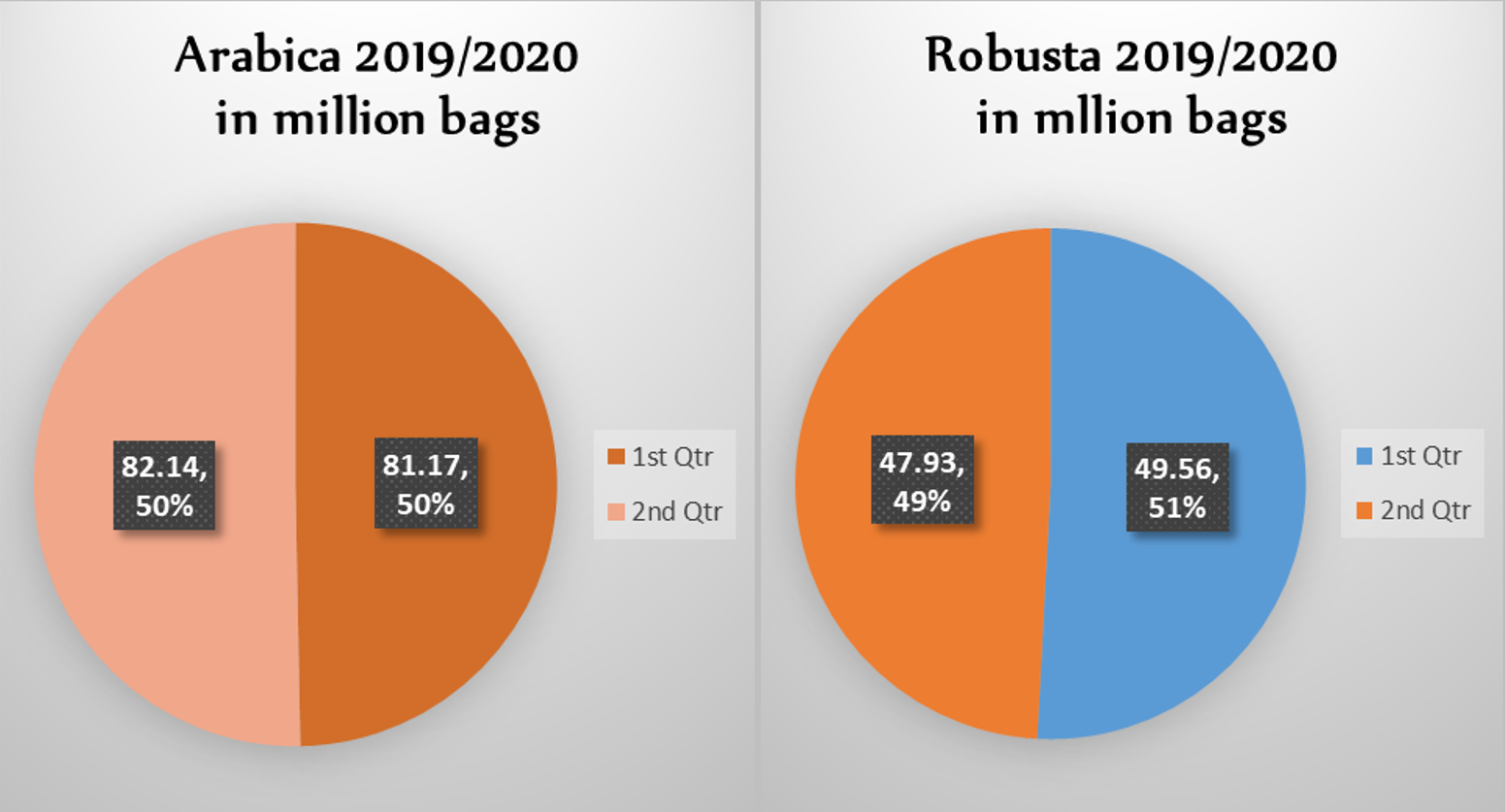 In the coffee year 2020/21, global production is estimated to rise by 1.9% to 171.9 million bags with Arabica production growing by 5.2% to 101.88 million bags. World coffee consumption is projected to increase by 1.3% to 166.63 million bags in 2020/21 as social distancing measures remain in place, limiting out-of-home consumption, and the global economy slowly recovers